Our core philosophy and guiding principle is: PEOPLE MATTER MOST.

We believe if you’re going to build a company for long-term success, you have to know what’s important to you and your business, then deliberately focus on it. We know that we are in the human connection business and our culture is dependent on people who genuinely care. Without guests who leave happy and talented staff who care about our guests, we won’t exist as a business. So, we do business in a way that illustrates our respect for people. 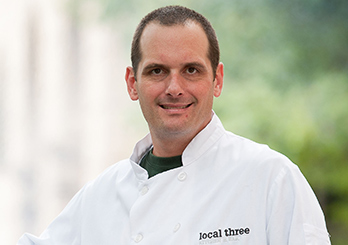 Todd Mussman, or “Muss,” as he’s known, is a CIA-trained chef who worked with Fifth Group at the Food Studio, South City Kitchen, and Sala before opening Muss & Turner’s.

You might meet someone as knowledgeable about food, but we seriously doubt you’ll ever meet anyone as passionate. From crawling on his belly in the forest foraging morel mushrooms to breaking down whole hogs and turning them into delectable delights, Todd can do it ALL in the kitchen. With his deep knowledge and passion for food plus his good looks, he is usually the one you’ll see on TV or executing cooking classes at our restaurants.

Muss spends his time assisting wherever needed in daily operations while managing Muss & Turner’s East Cobb. You’ll know he is originally from Boston as soon as he opens his mouth. Sorry ladies, Muss is married and lives in Smyrna with his wife, two kids and dog. In his spare time, he loves to spend time on his hunting lease and cooking: his passion for food is not left at work. Muss is a founding board member of The Giving Kitchen and takes an active role every year and executing TEAM HIDI, their primary fundraising event. 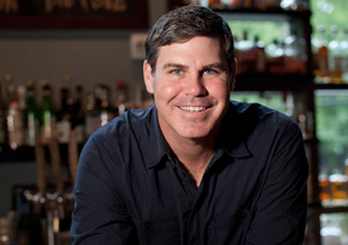 Since college he has worked in every role in a restaurant from dishwasher to bartender. Turner was the food & beverage manager at East Lake Golf Club prior to cutting his “business teeth” by opening our Vinings Restaurant, Muss & Turner’s, in February of 2005. Since signing his first lease he has been drinking from a fire hose, adjusting and adapting on the fly. Turner has stared down financial disaster multiple times and is eternally grateful to have experienced the not-so-gentle cupping of the Great Recession so early in his business career..

Turner spends his time as Director of Operations over Muss & Turner’s & Local Three, our Back Office Support team as well as running point on real estate, legal and financing.

Originally from Maine, he attended the University of Vermont, did a term of service with Americorps along the border of Mexico, carpetbagged his way to the Atlanta in 1995, looking for a Georgia Peach, a job, and some warm weather (in that order). He ultimately found all three and now lives in Smyrna with his wife, Shelley, and two children.

Keep in touch with Ryan: 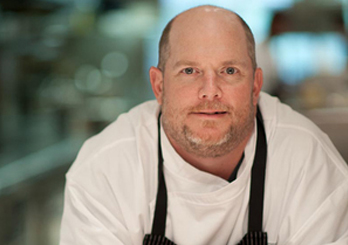 Chris Hall is clearly the most rakishly handsome and debonair of the three Unsukay Partners.

His story begins right around the corner from Local Three at the Pizza Hut on Collier Road, where he worked as a teenager.  Somehow, the magic smell of pepperoni and yeast lured him in and 25+ years later he is  still at it.  Either that, or he is just too dense to figure anything else out…. So he threw some pizzas and moved up the proverbial ladder, eventually landing, while in college, at Philadelphia’s famed Lec Bec Fin where he was begrudgingly taught to cook by an angry Frenchman & his minions. It was a kitchen ripe with talent (and he was too dumb to be scared), so he set off to learning and taught himself how to cook. Some folks, including a few dining critics, claim he never learned to cook, but undaunted, he still kept trying.

Hall eventually headed home to Atlanta in search of bourbon and a Southern Belle. He found both and is still in love with both to this day. He landed at Canoe on his return and and cut his  teeth with Gary Mennie, George McKerrow, Ron San Martin and the gang by the river. It was an amazing time at an incredible restaurant and the most formative of his cooking years; but he always knew he wanted his own place, and if nothing else, to cook what he wanted, however he wanted, whenever he wanted. So after meeting Turner and Muss, a fast friendship formed and they began talking about a partnership. It was a long winding road to eventually get there, but the seed for Local Three was born. Years later, they opened Local Three to a swell of critical and guest acclaim and the rest, as they say, is history.

Now Hall still cooks, mainly for charity events, but is the partner in charge of the day-to-day operations of Local Three. What’s on the menu, who is cooking and serving it, how we’re buying it, along with a multitude of other things. In all honesty, he is just trying to figure it all out. His true passion these days is to help people in much the same way people helped him in his career. He loves to coach and mentor and is still entranced by the machinations of the restaurant business.

Hall participates actively in a number of charities and is Vice Chairman of The Giving Kitchen. In 2015, Chris, Ryan, and Todd were named Cornerstone Humanitarians by the National Restaurant Association’s Educational Foundation for their role in kickstarting The Giving Kitchen.

He out-kicked his coverage by a long way and has been married to his wife Julie since 2000 (as well as her alter ego Polly Atomic since 2010).  In other words, he is a roller derby husband. They live in Smyrna, and when he is not in the restaurants, he is golfing, crashing around the woods, shooting at things, and generally acting the fool. Hall loves both kinds of football, round & oblong and is obsessed with Georgia Tech winning a national championship & Arsenal winning the Premier League. He likes Dusty Rhodes, the Dude, a great bottle of wine, a fine cigar, brown whiskey, piña coladas and getting caught in the rain…… But most of all, he is incredibly grateful for the staff, guests, and friends, old & new, who keep the company going.